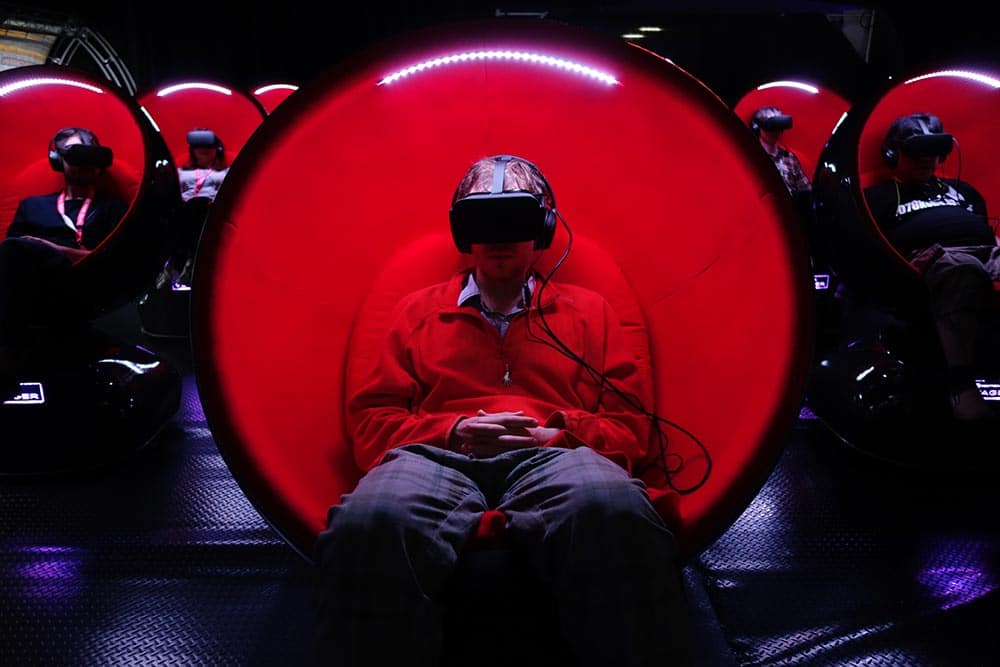 SXSW is one of the “noisiest” events in the world with everyone in the entire universe of entertainment converging on Austin for 10 days of full on multimedia insanity. SUBPAC was very fortunate this year to have been a part of 6 different experiences and activations that utilized our physical audio technology.

We kicked of the week with The Future Party, having a SUBPAC Live event at a private residence in the Austin hills featuring a balcony where people could get their dance on to some driving techno while wearing the SUBPAC M2.

First up was Universals Studios and IMAX’s new Mummy Zero Gravity VR experience presented by our friends at Positron with their futuristically incredible Voyager VR cinema chair which was showcased within the main convention center hall during SXSW interactive. SUBPAC technology was built into each and every Voyager chair to bring the experience to life even further with Positron optimizing the audio for SUBPAC.