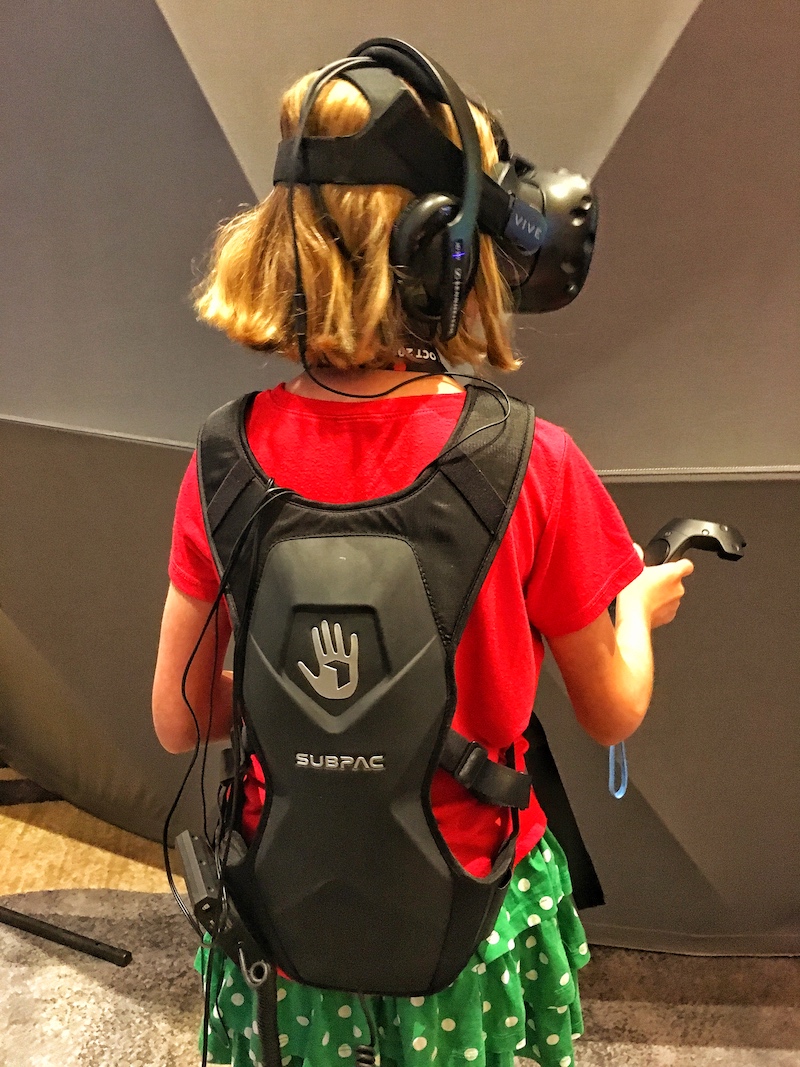 SUBPAC was featured at VR CON as a part of COMIC–CON in the 10,000 sq ft Futurism & Tech Pavilion. This area showcased Virtual Reality (VR), Augmented Reality (AR) and Mixed Reality (MR) attractions, debuts in other groundbreaking technologies, and infuses art and visual expression. This also included A.I. Innovation Fair by Mentor InSight, elements of the Fleet Science Center, and other tech experiences in robotics, wearable tech, and art.

SUBPAC was featured in the Galactic Gallery VR experience by Zach Krausnick and David Starfire along with Naga 360 by Michael Strauss and David Starfire. The Galactic Gallery is a virtual reality “visionary” art gallery where you can interact with the art. It’s a fully immersive experience using the HTC Vive VR platform, SUBPAC, and headphones. The experience takes you on a journey of visionary art including artists Android Jones, Chris Dyer, Mugwort, Xavi, Raul Casillas, Luke Brown, Amanda Sage, and Hans Haveron.

SUBPACS were also represented at IT: New Line’s feature adaptation of Stephen King’s IT which was inside of a school bus outside of the pavilion and had several VR stations. Dubbed the “Float experience“, it was quite popular with lines down the street.

“With estimates of VR and AR alone generating $182 billion by 2025, we are now at the base of a gathering storm, and our industry needed its own public ‘CON’ – and that is why we initially founded VR CON, said Scott Bobrow, its Co-Founder/Producer. “VR and AR will provide earth-shattering changes to the way we live and interact with others, alter the landscape of every industry, and there will be little in the way of life that goes untouched by it. At this event, people will be able to see how.”

For more information about how you can use SUBPAC with your VR experience visit our FEEL VR page.

Sign up for the latest news straight to your inbox:

© 2023 SUBPAC.
SUBPAC, SUBPAC FLOW, SUBPAC OPTIMIZED, FEEL IT and the hand symbol are registered trademarks of SUBPAC INC. All other trademarks remain the property of their respective owners. Privacy Policy | Terms and conditions